We met in college, Rossi was playing at a college gig that night and the time didn’t suit me and the girls.   So I marched up to him & told him to play later……. but then I didn’t turn up in till well after his gig was over.  Oops!  BUT… Rossi says for him it was love at first sight (such a cutie!) 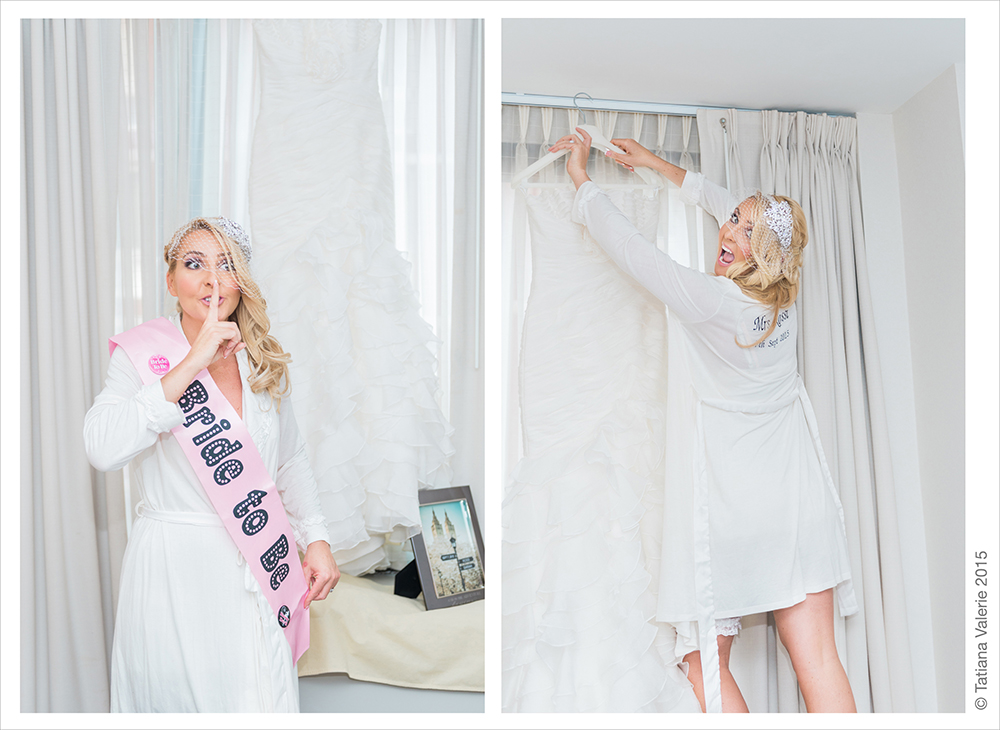 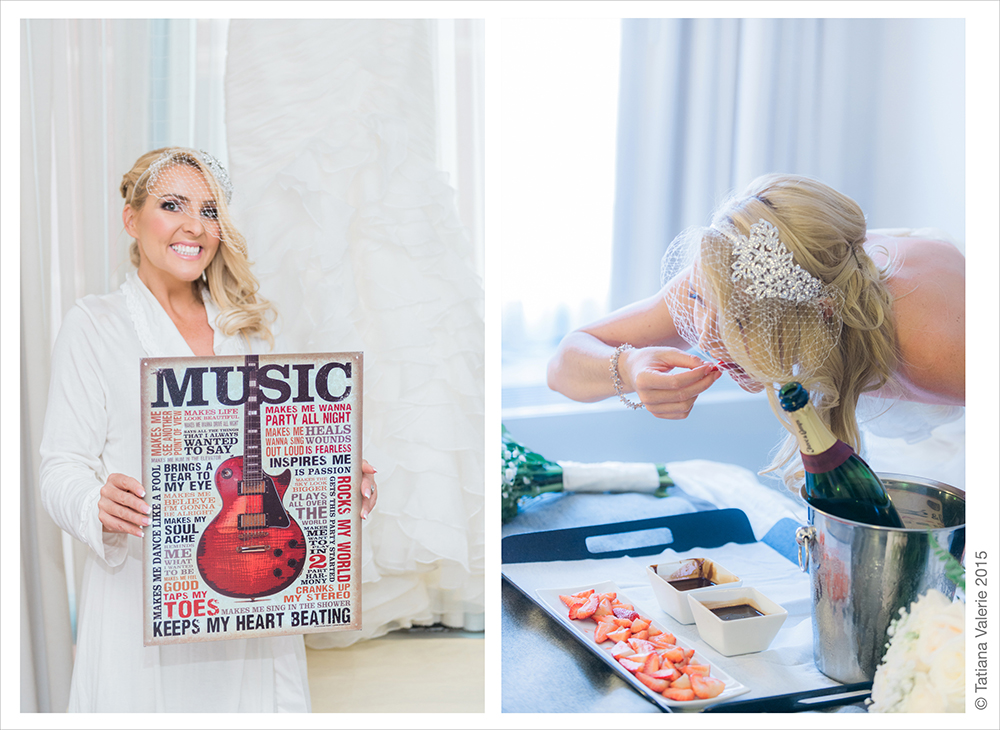 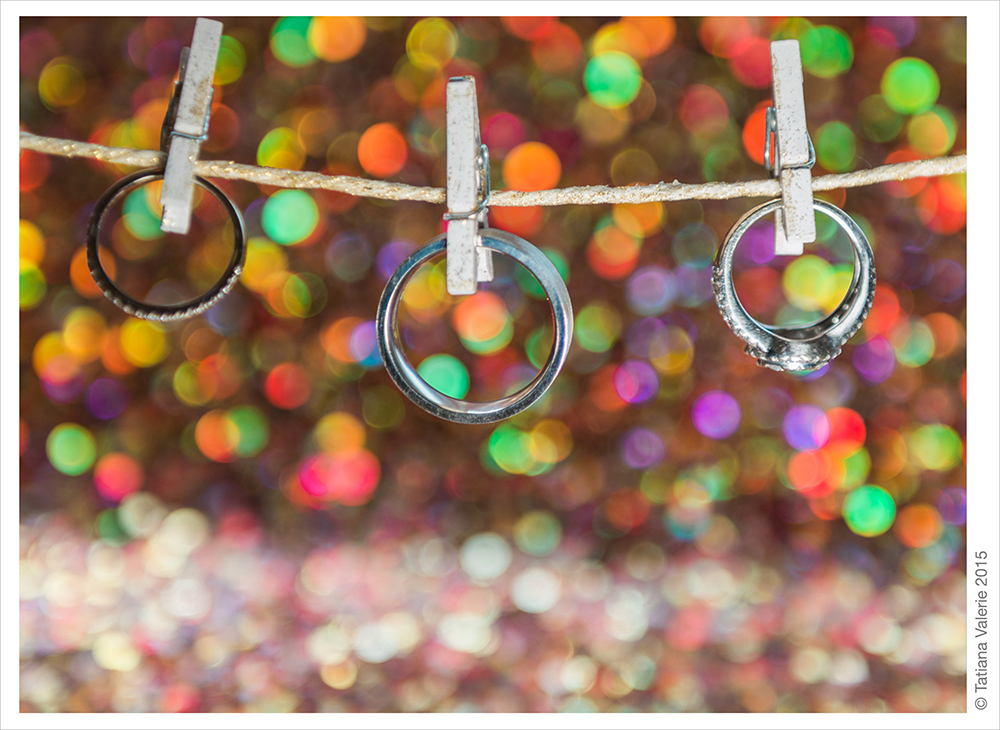 2) What are the most memorable moments of your “dating” times?

Wow there’s a lot of times – it took him 5 dates before he kissed me!  He dropped me off at work.  I produced a Dublin Radio psychic show Fri & Sun nights and was chatting to the girls and said “feck this!” and called him and asked him straight out!

We both kinda just never thought of being with someone else when we got together – it was never oh we’ll see where it goes – we just knew it was the fit for us. Although I do remember the 1st vacation we went on.  Rossi had never been on a plane & was acting really weird – he didn’t want to tell me he was nervous.  Rossi remembers giving me driving lessons at the start – it was the first time meeting outside of college.  He claims I was a bad driver — I just didn’t know how to drive! 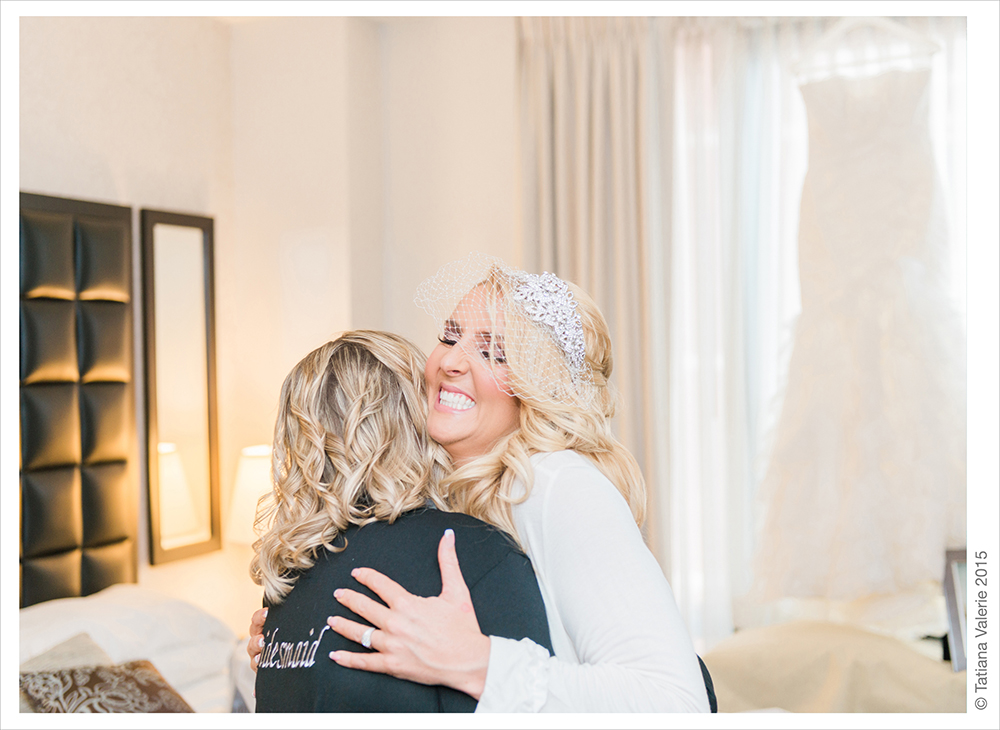 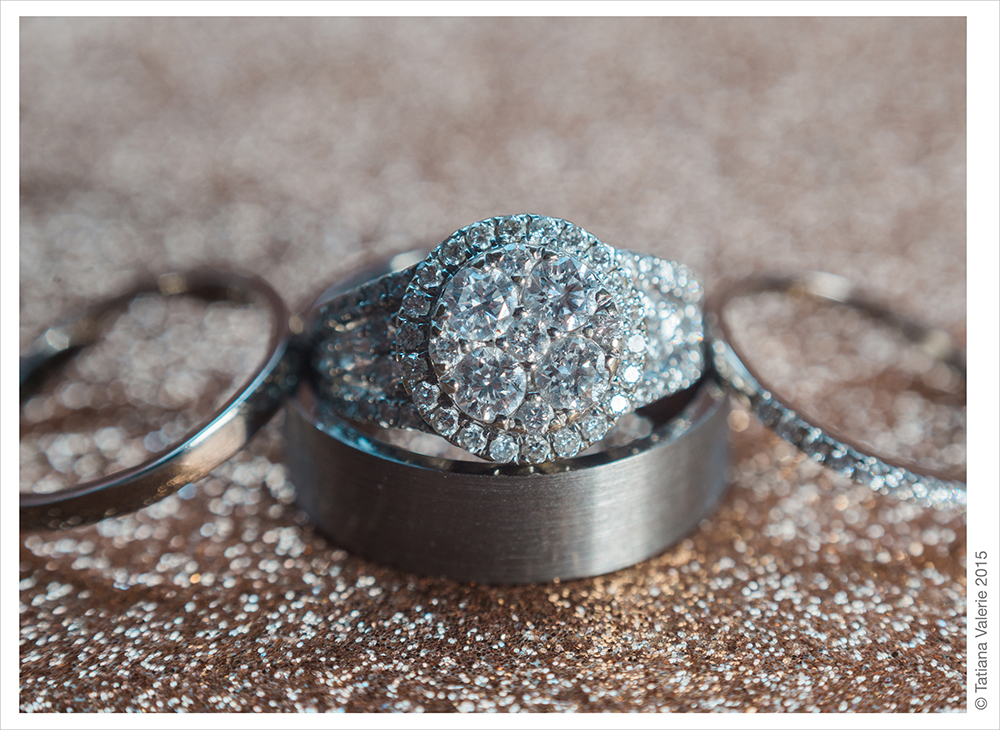 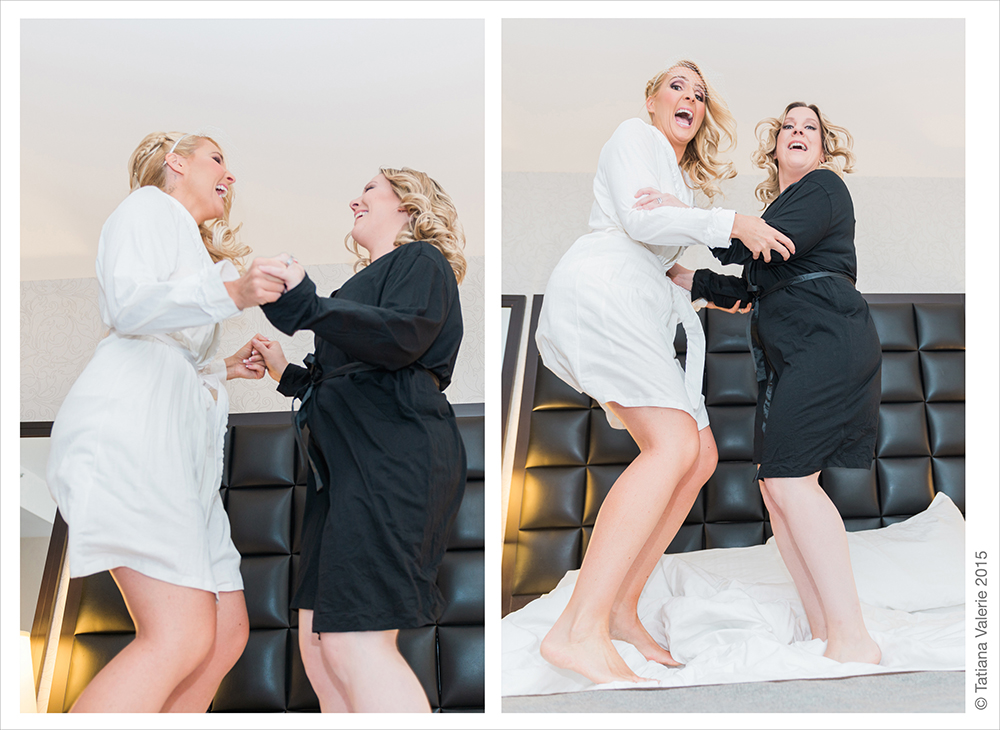 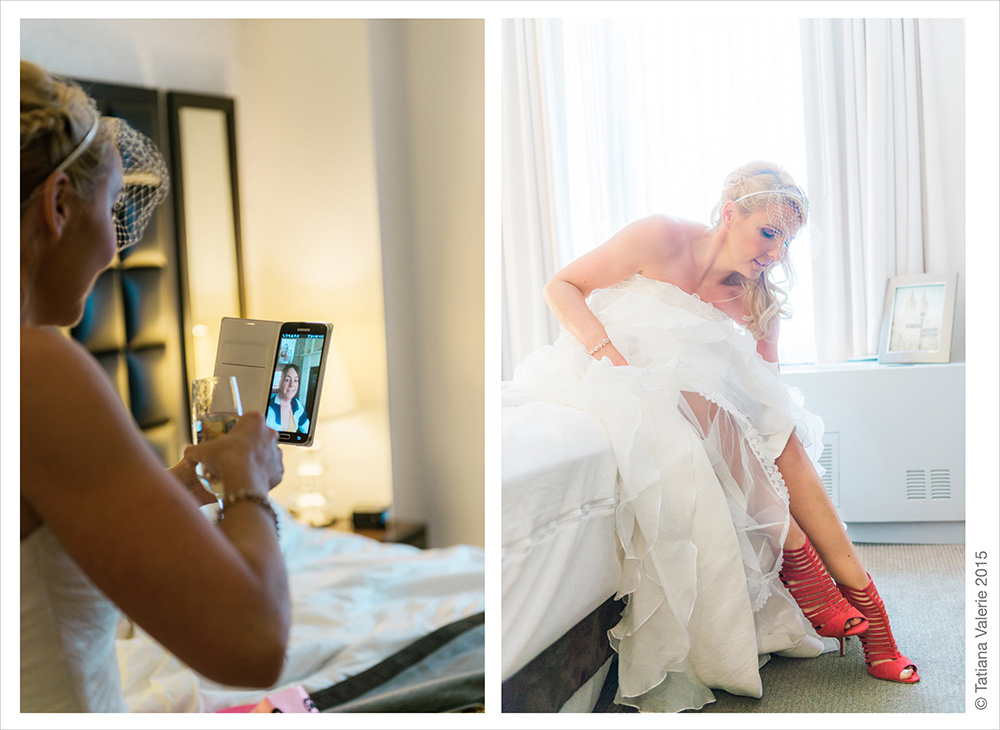 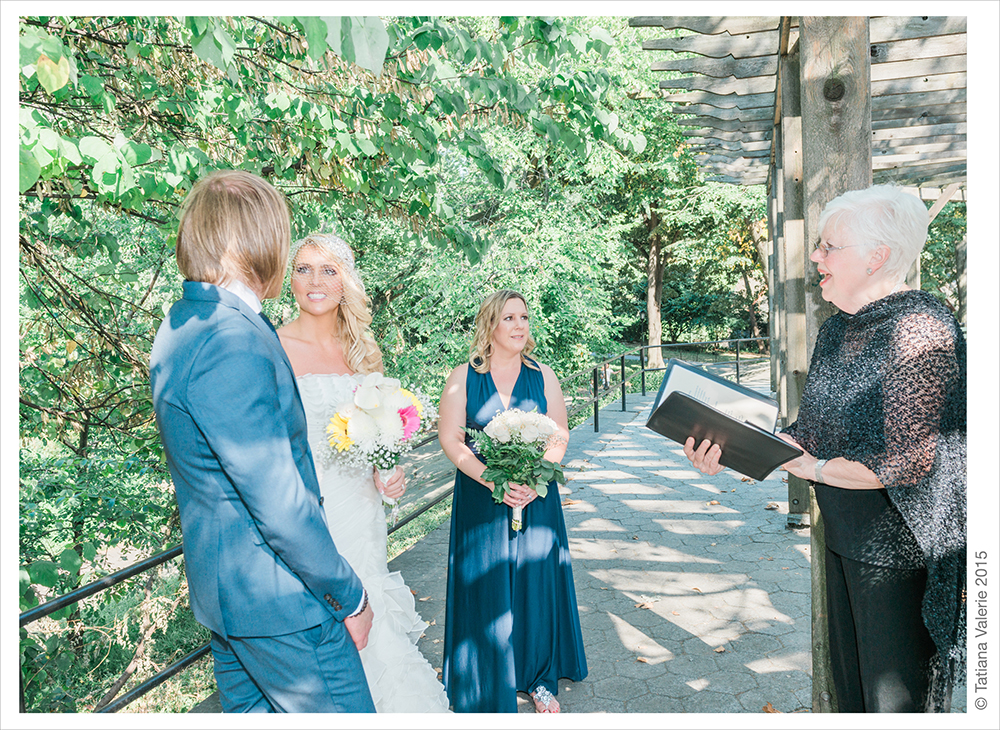 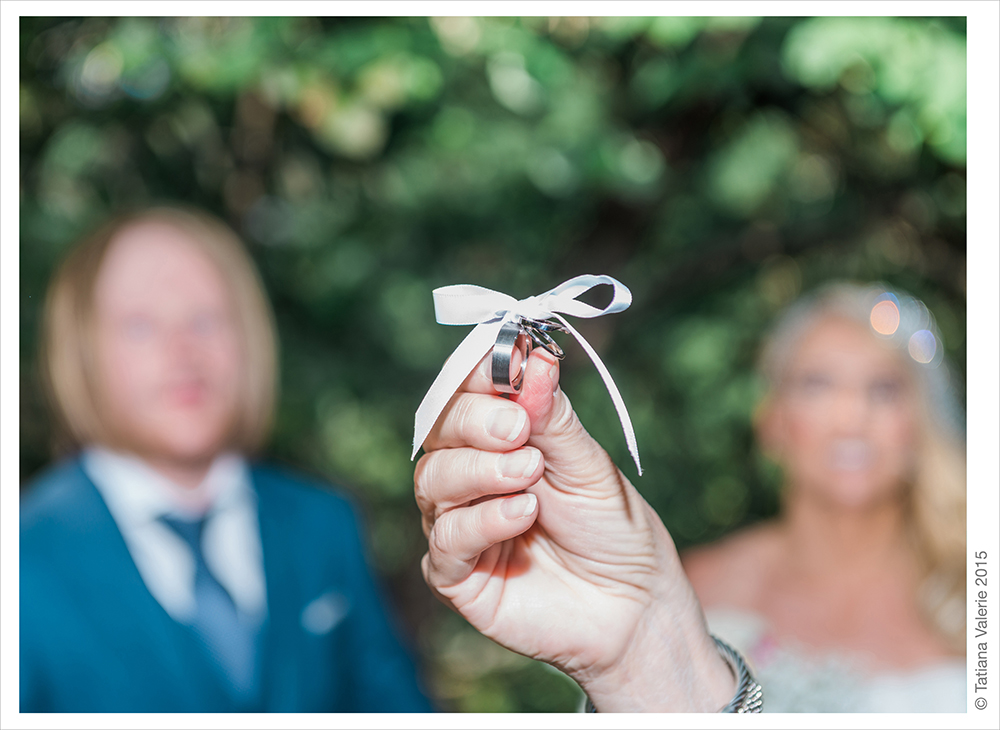 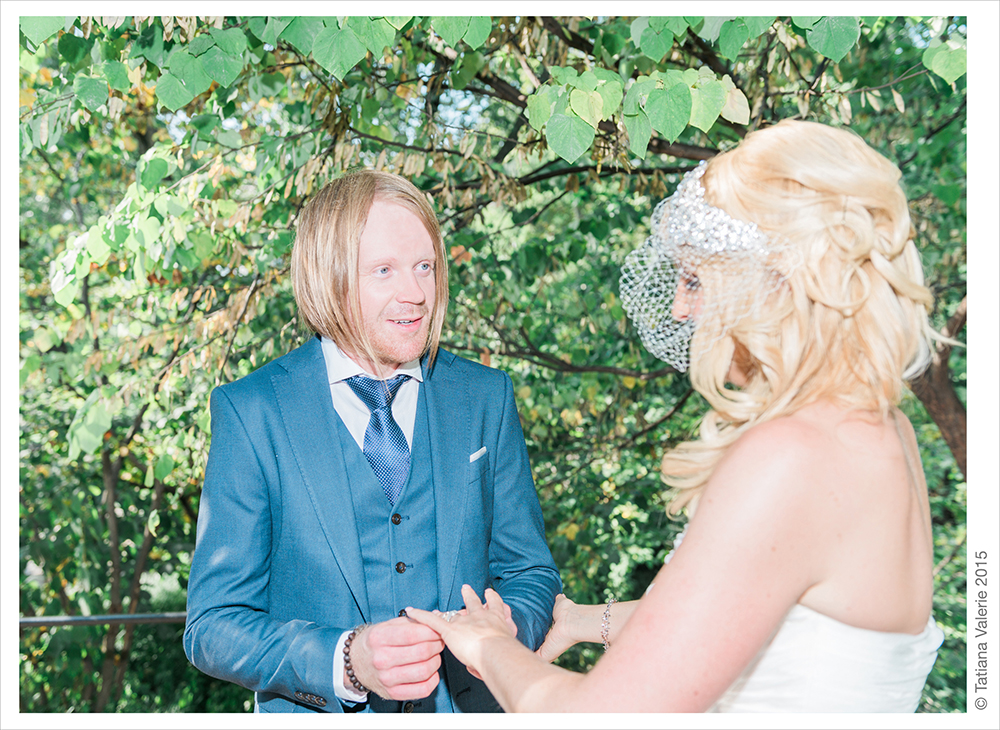 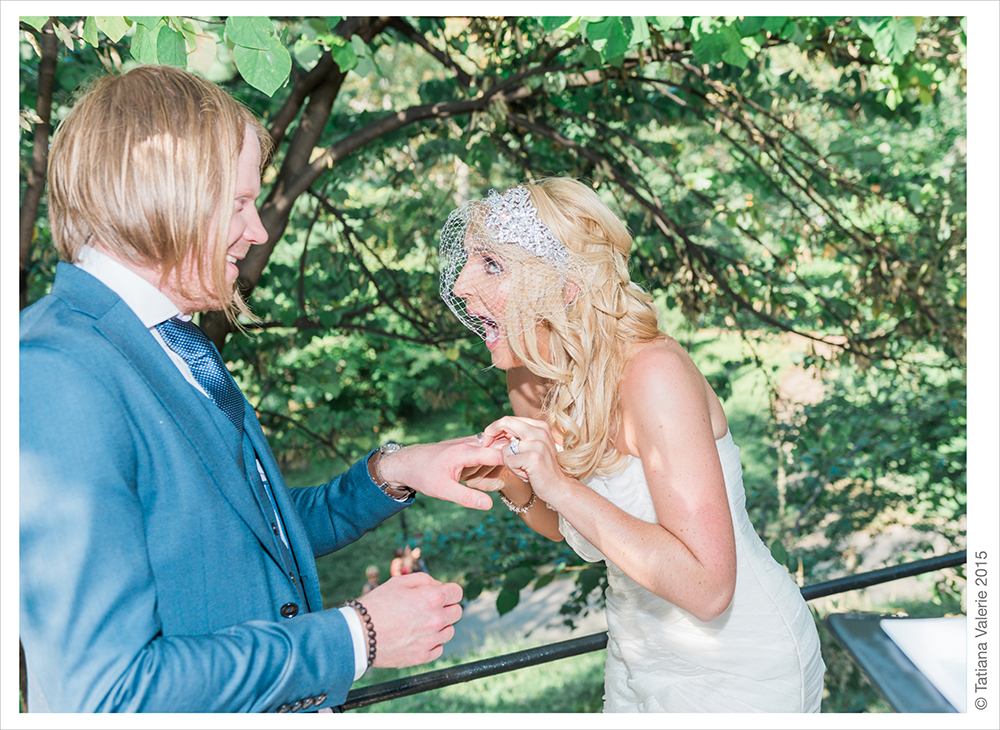 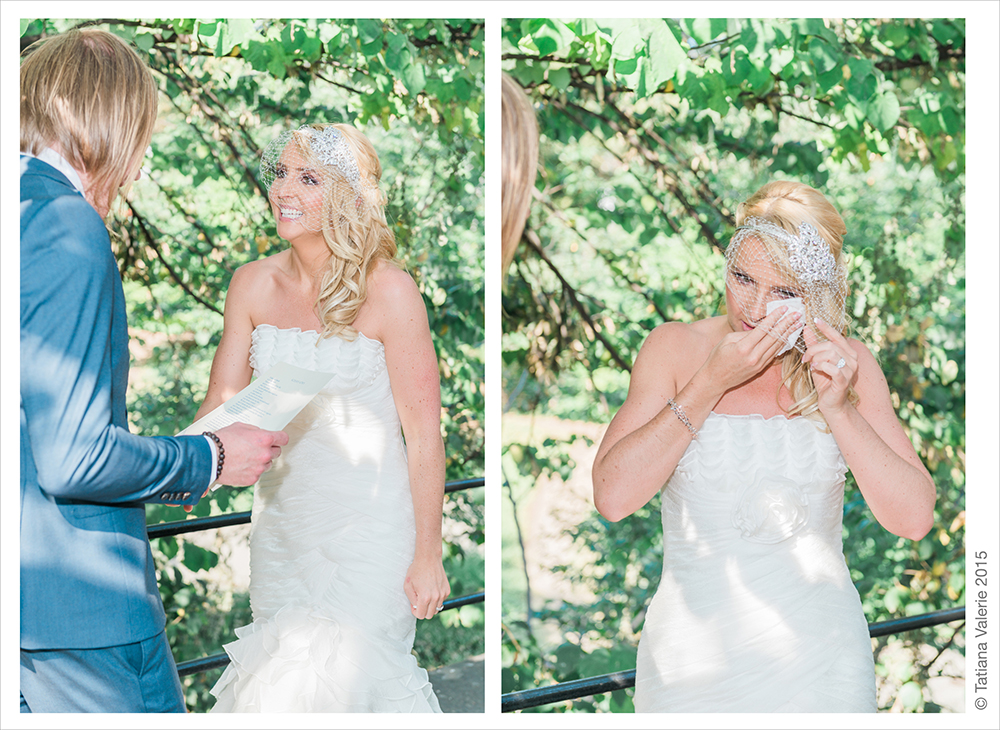 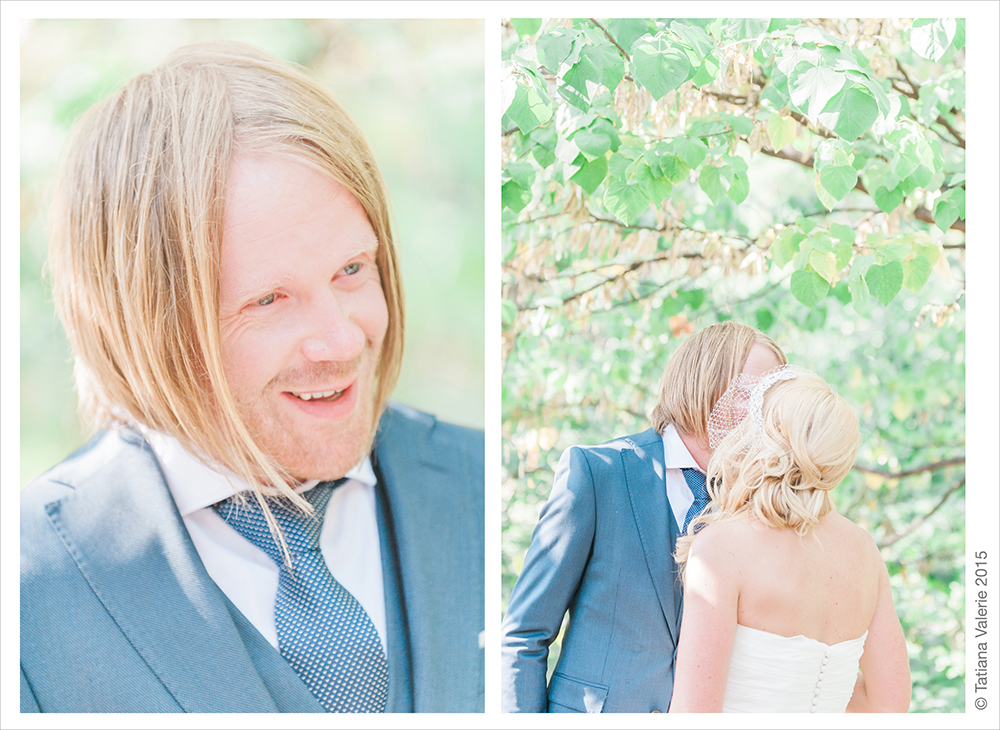 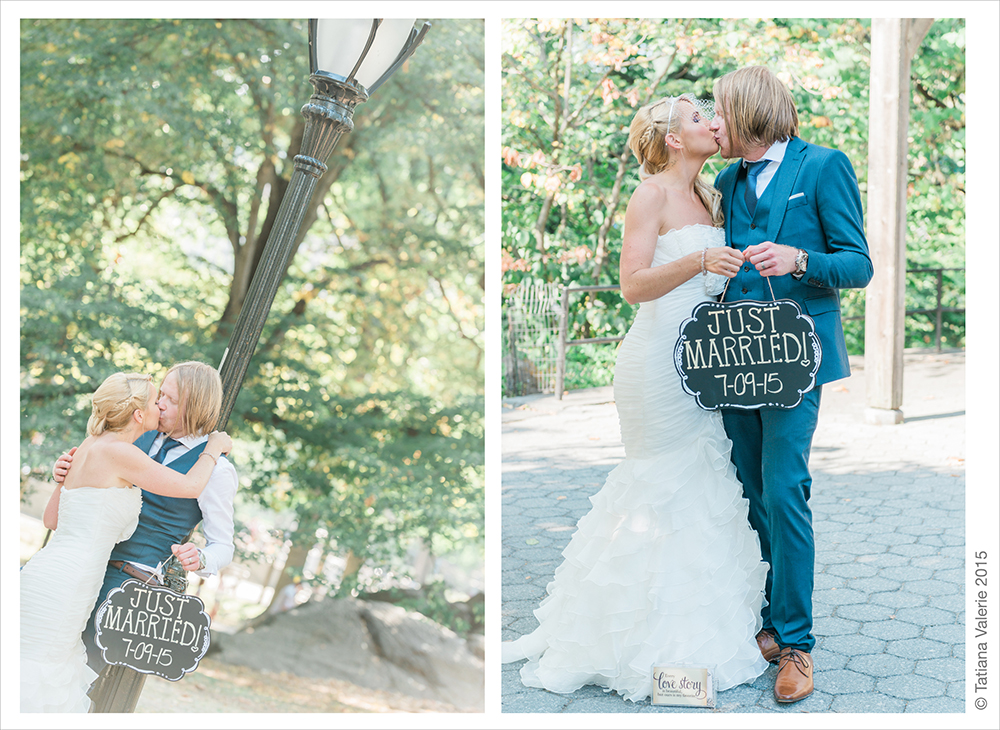 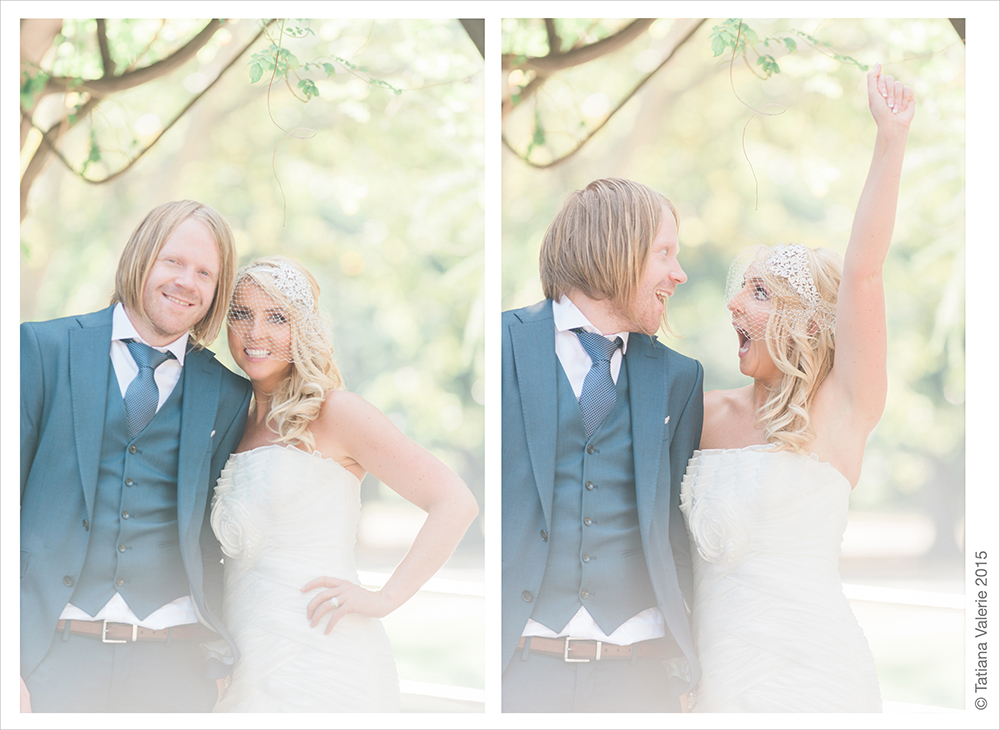 3) Why did you pick New York for your elopement? Why did you decide to get married in Central Park at Chess and Checkers house?

We LOVE New York! I had worked there 2 summers while in college so the 1st yr when we bought our house I got Rossi a Christmas pressie — a trip to the states! We’ve visited quite a few times over the years.  2.5 yrs ago on May 5th 2013 we were walking through Central Park and stumbled upon the Chess & Checkers House over looking the carousel & Rossi proposed! I was so shocked – happily so!

So when planning a wedding it was so easy for us – elope to New York, our favorite city, where Rossi proposed . I have a very good friend I met all those yrs ago who lives in Long Island so we were lucky enough to have her as bridesmaid & her husband join us!

Our day was just fantastic, really it’s like a fairy tail! We woke up together & exchanged gifts, then Kelly & Mike arrived. Myself & Kelly headed off to get our hair done, then into MAC in Macy’s for makeup. We went back to the hotel where we met you!

It was so relaxed getting ready.  Rossi sent up champagne strawberries & chocolate to have while getting ready. We had told my parents, Rossi’s dad, my closest friends & Rossi’s friend.  I was skyping me family throughout  (We had gifts for them.  Then sashes for mother/father/sister of the bride. We had left some champagne & arranged food so fun party decorations for them) then it was off to get lost in the park at the Zoo.

We were married by a lovely officiator where Rossi proposed then had such a wonderful time getting our pictures taken around Central Park before heading to the Plaza. We had champagne cocktails, a bike carrier brought us to the boat house in the park for dinner, then hit grand central for pictures, and finished up in 230 fifth where we had our first dance cocktails and more food & fun! 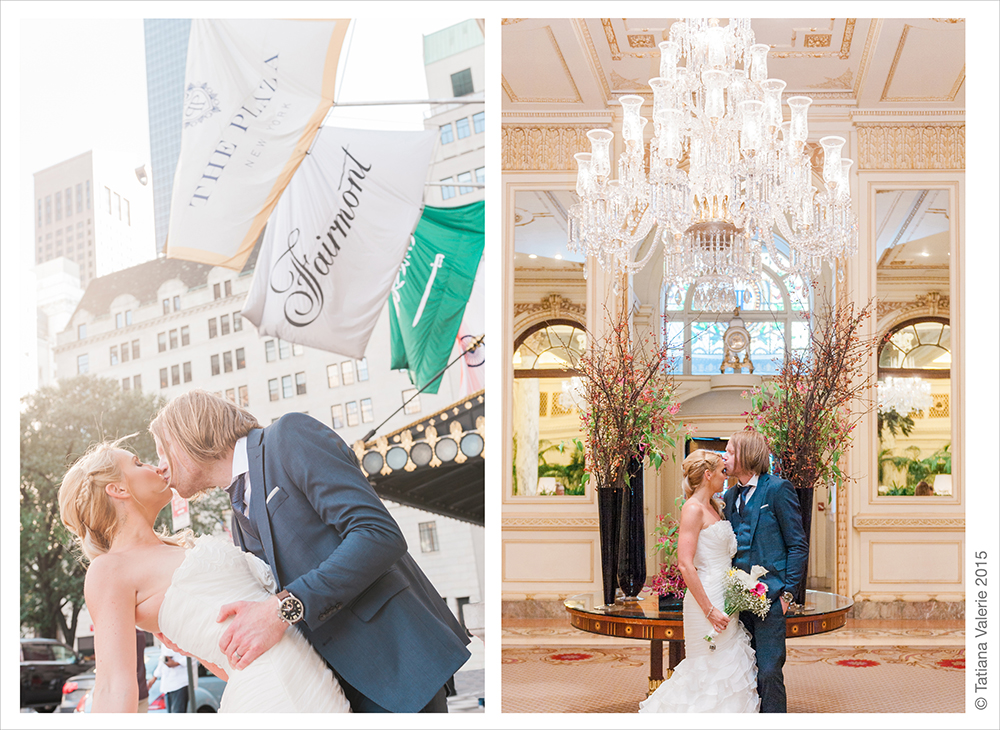